Ever since its formation in 1959, PDMHS has encouraged interest in industrial heritage by researching and recording the Derbyshire mining industry. It has also undertaken a lot of practical conservation work to preserve what is left to see of the mining heritage of the Peak District – both above and below ground. Working in partnership with landowners and local authorities, the Society has been involved in capping mine shafts to make them safe, securing access to mines sites for both the general public and underground explorers, and also getting statutory protection for some of the most important mining sites. In addition, the Society has been involved in well over 20 major industrial heritage conservation projects – many of which lasted for several years, and are ongoing. Here are details of just a few of those projects. 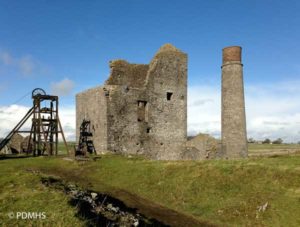 The surface remains at Magpie Mine are probably the best example of a 19th century lead mine anywhere in the UK. The Society’s involvement with it began in 1962, and continues to the present day. Our Field Centre is located in the former Agent’s House, and we have ambitious plans to preserve the buildings and other features of this important and unique site for the future.

. In 1976, PDMHS members dismantled and removed an underground water pressure engine from 360ft below ground in Wills Founder Shaft at Winster. Two years later, they returned to recover a set of its pumps from nearly 500ft below ground. The engine, which was made in 1819, is one of the oldest engines in the world, and has now been reassembled and is on display in the Mining Museum in Matlock Bath as a working exhibit. 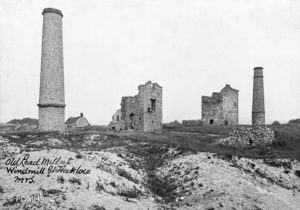 From 2000 to 2008, the Society’s Conservation Team worked at the site of one of the Peak District’s most ambitious lead mining ventures, dating from 1834. A major archaeological excavation took place to uncover the buried remains of the buildings and ore processing areas. Interpretation boards were installed, and the site was given Scheduled Monument status five years later.

The Society’s Conservation Group had been working at nearby High Rake Mine until 2008, and during that time there had been increasing contact with the local community. As the High Rake project came towards its finish, we were approached by the Great Hucklow, Grindlow and Foolow residents regarding the mining remains at Silence Mine. As part of the Silence Heritage Site project the Society agreed to carry out an archaeological excavation of the site and to conserve what remains of the buildings. This took place between 2008 and 2010 when the Conservation Team was led by John Barnatt. 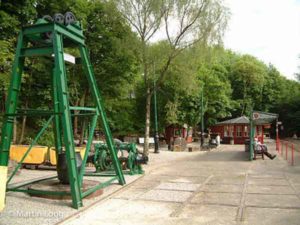 Crich Lead Mining Display. This is an ongoing project which started in 1969, at what is now the National Tramway Museum, Crich Tramway Village. It constitutes a site of great historical and archaeological interest and educational value, and is managed and co-ordinated by a team of enthusiastic volunteers. In addition to the  display of mining equipment, there is a replica of a mine level for people to go into, and an on-site shop selling mineral samples, books and gemstones (the proceeds of which directly benefit the Society). 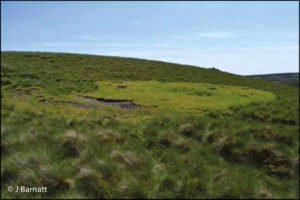 The Lodge Moor mound is a recently begun project. Work has so far included a proper archaeological survey of this, the most intact bole smelting site known in the Peak District. Its slag heap is undisturbed, and the obscure location at the fringe of the area where lead smelting took place on the moors means it escaped having the waste material carted away in later times to be re-smelted using more advanced processes.