High Rake is one of the major mineral veins of the area, and has been mined since at least the 13th century. By about 1750, miners had removed all the ore-rich deposits above the toadstone (a hard, volcanic rock), which was met at a depth of 276ft (84m). In one of the Peak District’s most ambitious mining schemes ever, the High Rake Mining Company was formed in 1834, planning to use the latest pumping technology to drive a shaft through the layer of toadstone to what were thought to be large deposits of lead ore below. From 1834-6, an existing shaft from 1768 was made good down to the standing water, but then work stopped for several years. In 1842-3, a massive Cornish-type two-cylinder 70/36-inch pumping engine was installed. This was made by Messrs Graham and Co. at the Milton Iron Works, Elsecar, and was the largest of its type ever made outside Cornwall. In 1846-7 a 20-inch cylinder winding engine, which also powered two sets of roller crushers, was also installed. This was housed in a two-storey engine house and was purchased from Magpie Mine near Sheldon. 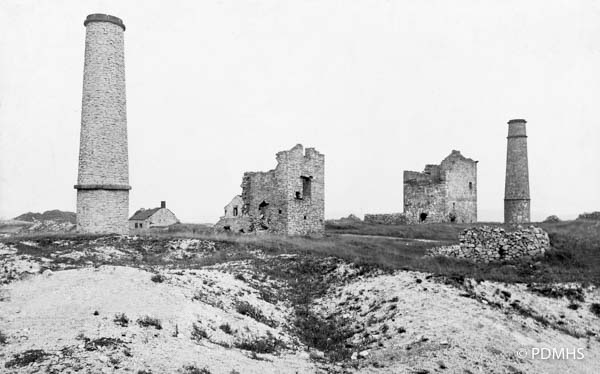 By 1847, the shareholders in the High Rake Mining Company had become very concerned at sinking money into a “bottomless pit” with no return. In an attempt to recover costs, the Company started to drive two horizontal levels in the toadstone to extract what little ore was there. The final straw came in 1852 when the vein was lost (ran out) eastwards. The shareholders had lost over £12,800 after the sale of the Company’s assets in 1853 – which is equal to several million pounds in modern terms. The shaft had by then reached a depth of 720ft (219m), but it had still failed to get through the layer of toadstone. In hindsight, it was probably sunk in a volcanic plug which went right down towards the centre of the earth. The engines and all fixtures went to Mixon Mine in Staffordshire, and the boiler houses were demolished to remove the boilers.

However, the mine had given employment to local people for nearly 20 years. At its height, nearly 40 men were employed per day, carrying out mining, ore-processing and labouring tasks on short-term contracts. Most lived in the surrounding villages and thought nothing of walking several miles to and from work. Some also had to climb down 720ft of ladders, do a hard day’s work, and climb back up the ladders at the end of their day.

When the pumps were turned off in 1852, the lower 400ft of workings flooded. After the High Rake Mining Company was wound up, William Wyatt (the former manager) continued to work the mine privately on a small scale for years, recovering tiny amounts of lead ore left by earlier miners in the upper (un-flooded) workings.

For a more detailed account of the mine’s history, you can read this article about High Rake Mine by Jim Rieuwerts.

The remaining buildings and chimneys stood in ruins until the 1930s, when they were demolished and some of the stone used to build council houses in nearby Bradwell. Later, the hillocks were reworked for fluorspar and the site then used as a council tip.

By the late 20th century all that was clearly visible on surface was a large concrete cap over the shaft, a half buried crushing wheel and a few stone blocks. Thus it was decided that what was left of this once fine mine should be uncovered and conserved. It lies next to a well-used footpath, and low-key interpretation of the restored foundations and other features make a contribution to promoting this, one of the most important industrial heritage sites in the Peak District. 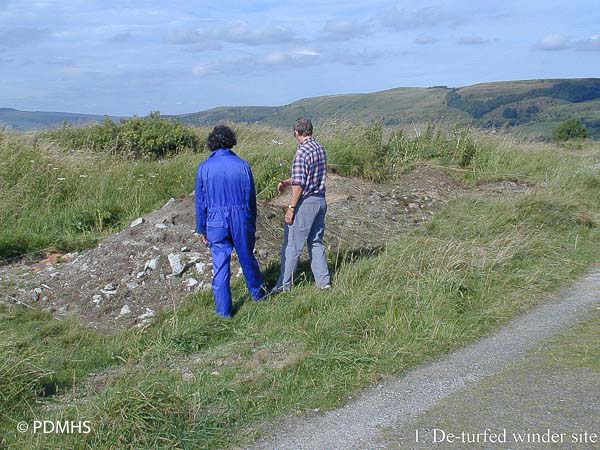 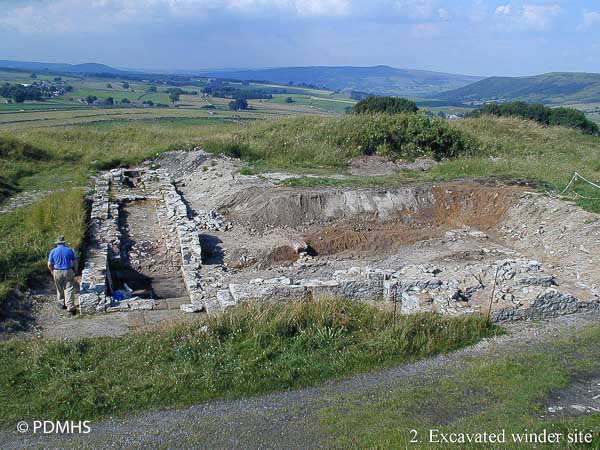 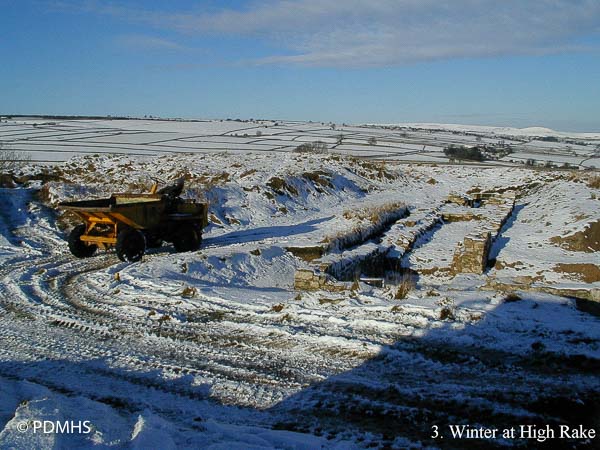 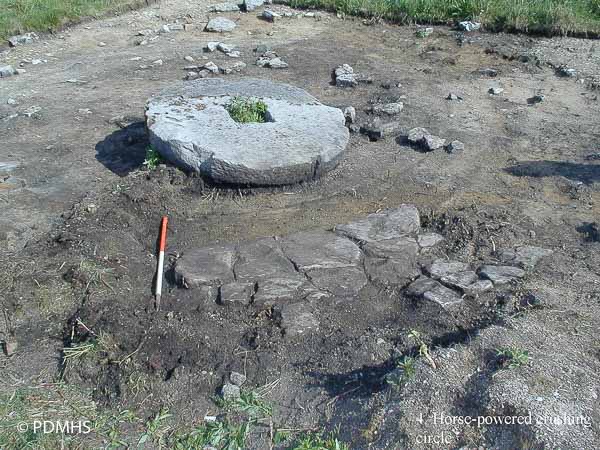 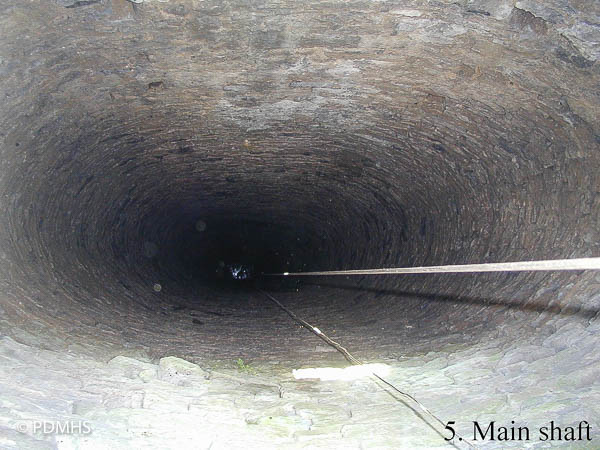 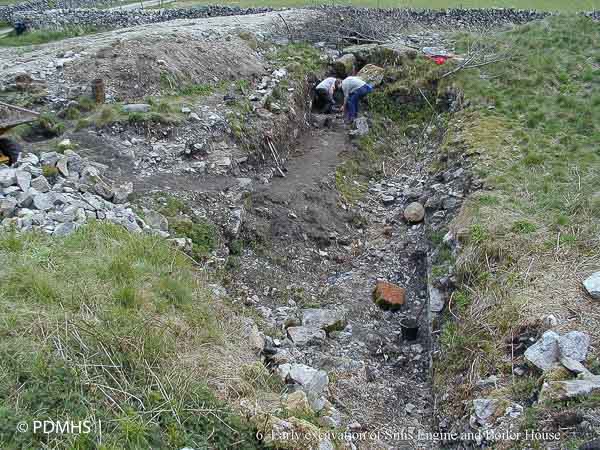 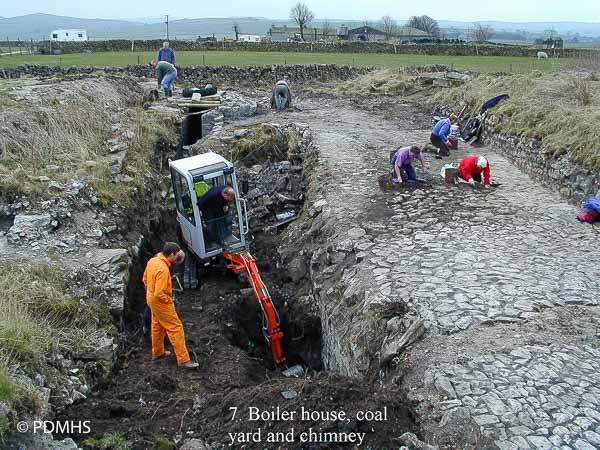 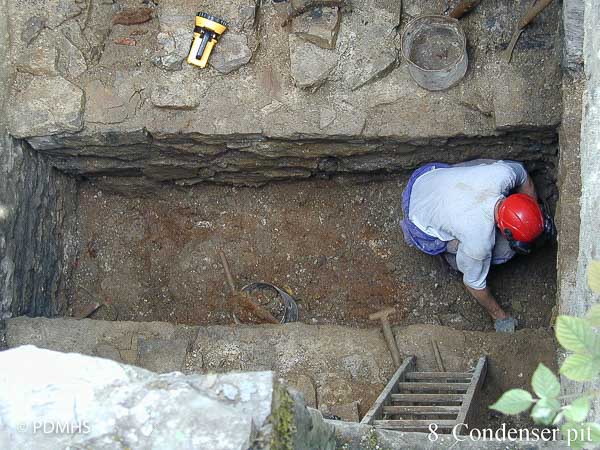 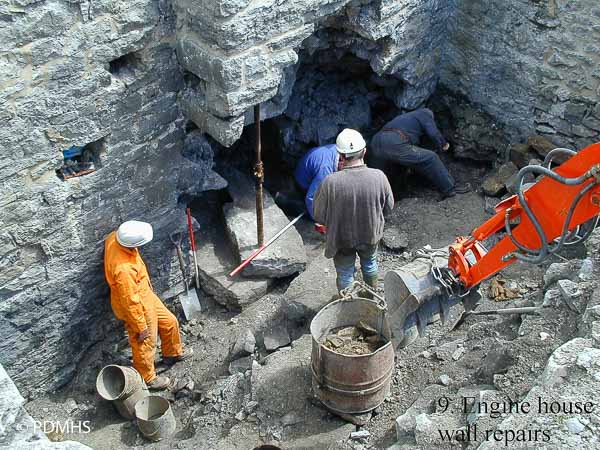 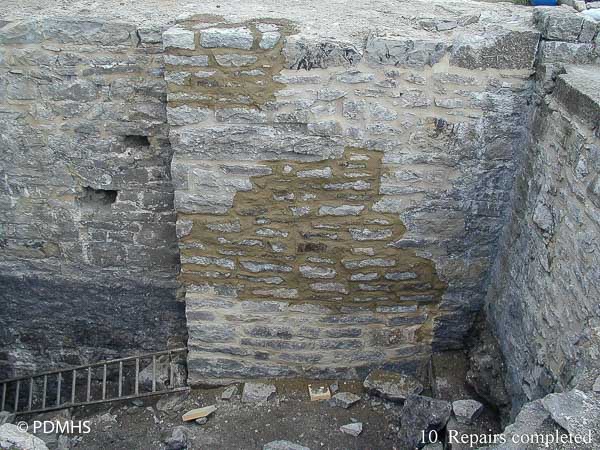 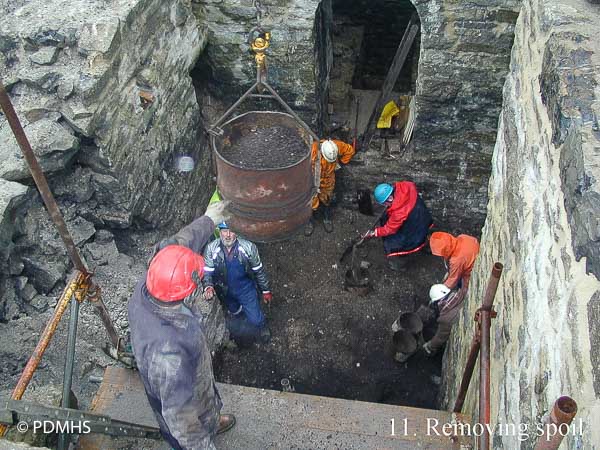 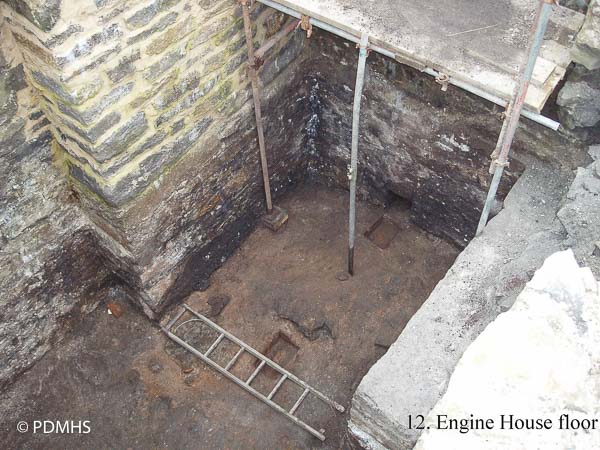 The project was started by the PDMHS conservation team in 2000 and ran until 2008. Following this, archival research was carried out and this culminated in the publication of the results in Mining History (Vol. 18 nos. 1/2) in 2011. Copies are available for purchase from the Mining Museum in Matlock Bath.

Following the completion of the project, High Rake Mine was given Scheduled Monument status in 2013. The scheduling document can be seen here on Historic England’s website, and provides further information about the history of the mine and the present-day remains.

The mine is sited at OS grid reference SK 1636 7775, to the west of the hamlet of Windmill and near the village of Great Hucklow in the Peak District. There is informal laneside parking where the track following the vein leaves the lane, and from there it is a short and easy walk. The mine is next to a well-used public footpath, and there are no visiting restrictions. 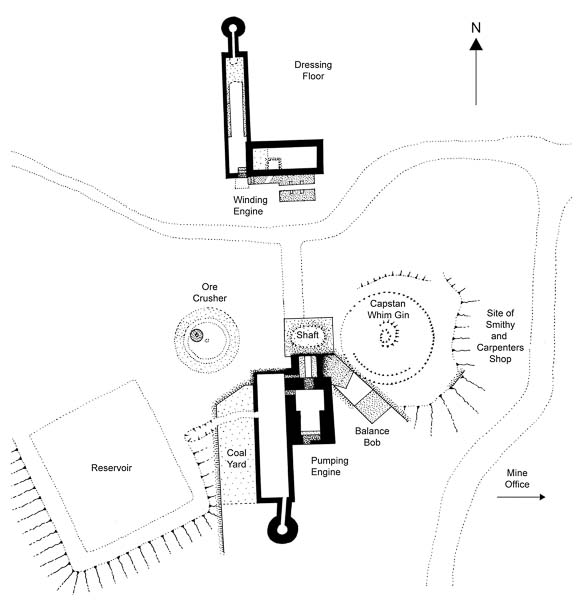 Today you can still see the bases of the pumping engine house and winding engine house and chimney, along with remnants of the crushing and ore preparation processes. There are several interpretation panels to help explain what you can see, and you can also look down the huge shaft (safely capped with concrete).