Sunday 28th April dawned a pleasant day after the horrendous weather of the previous day. Nine of us met Paul Chandler at the picnic site / car park in Darley Dale. We started off towards Warney Mill, a former corn water mill. This was acquired by one Herbert Harding from Matlock and used as a caravan site. He later sold furniture direct to the public. On Sundays the items were included in an expensive pound of carrots to work around the then Sunday trading laws. The site is now better known as DFS.
We then walked over field paths to Two Dales Mill (more recently known as Ladygrove) . This started life at the end of the 18th century with aspirations of cotton spinning. The site had available a high head of water but low flow which was unsuited to the contemporary water wheel technology. The mill was taken over by the Dakeyne brothers, with little mill experience, in the 1820’s as a flax mill. Three water wheels in tandem were tried with limited success, though the tower built to house them survives. They then invented a rotary engine which today is difficult to understand. It only ran a few years and gained the nickname of the “Romping Lion”, it was reputedly rather noisy and rough running. One other was built for use in Lathkill Dale. A third order was cancelled because of late delivery. The machine was way ahead of the current manufacturing and design abilities. It was noted that there was an old lead shaft over the high wall in an adjacent garden.
We then gently ascended up the Sydnope Brook through delightful woodland which was new to us all, a hidden gem. We passed 3 mill dams, the middle dam of extraordinary height. The top one silted up. We also briefly looked at a gritstone underground mine of which nothing is known. Further paths took us over the (mostly) forestry of Farley Moor and the Farley trig point. We then descended to Matlock Bank and it’s various hydrotherapy establisments and the top of the Matlock Cable Tramway. 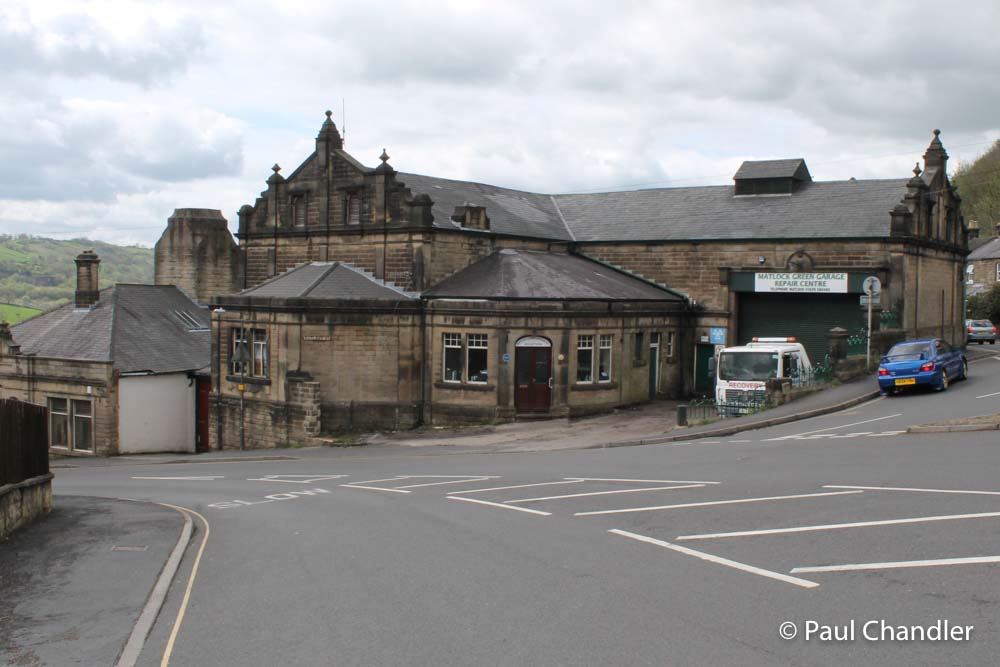 The former tramway depot at the top of Bank Road

This was constructed in the 1890’s to connect Matlock Bank with the Midland Railway Station down a very steep hill and across the river. The tramway was inspired by the cable trams of San Francisco and financed by the publisher George Newnes, a Matlock local. 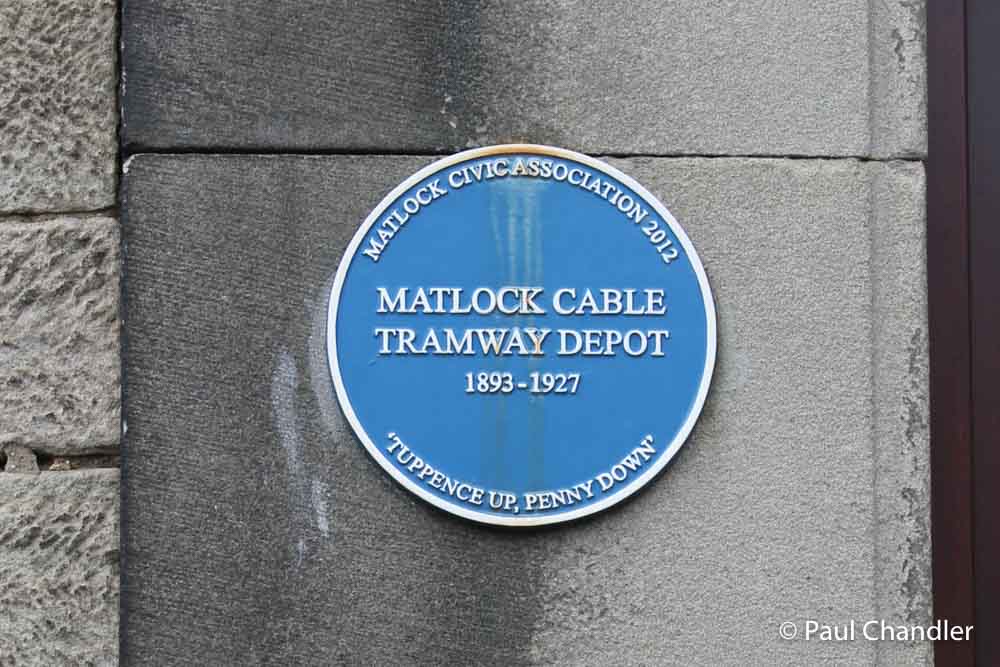 At the top the tramway depot recognisably survives and the base of the chimney is extant. All vestages of the route are of course lost. 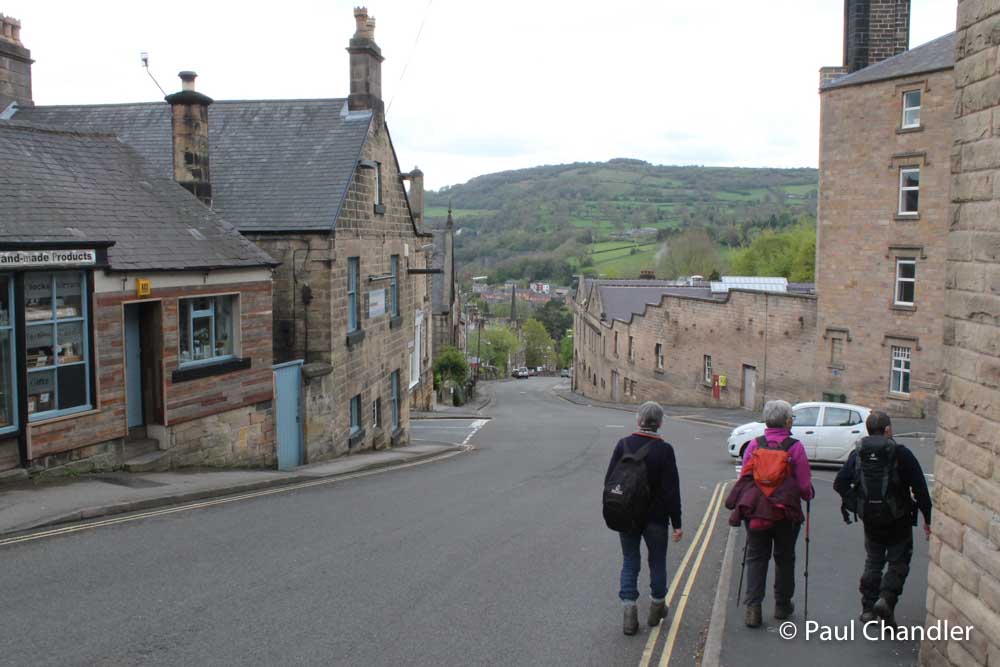 The former course of the tramway down Bank Road, Matlock Bank 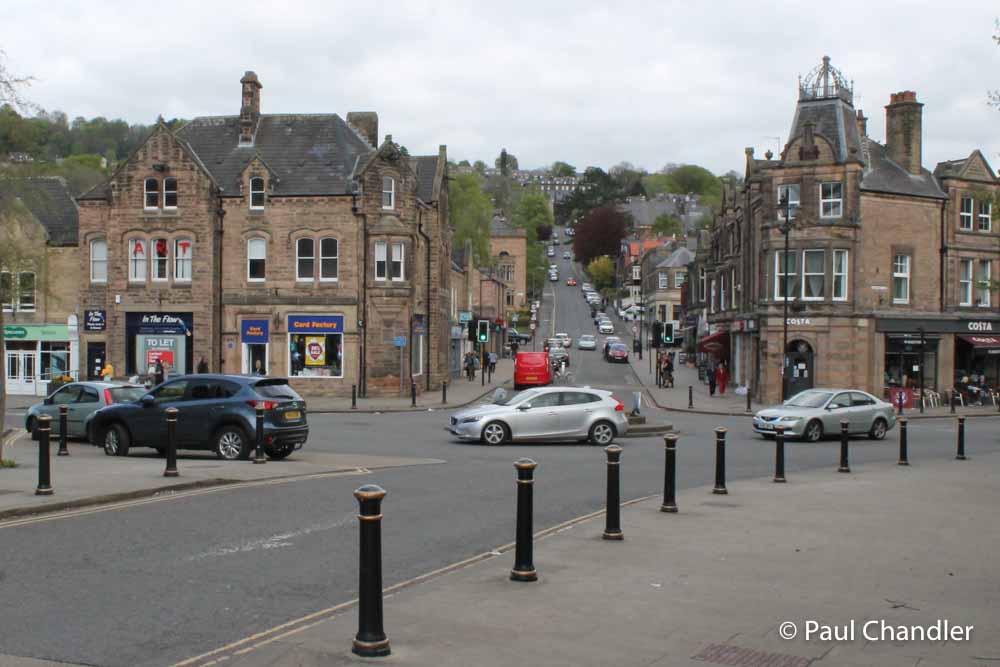 Crown Square – the site of lower terminal of the tramway

The lower terminal was in Crown Square. The once enclosed tram shelter is now relocated in open form nearby in Hall Leys Park, where we had our lunch break. 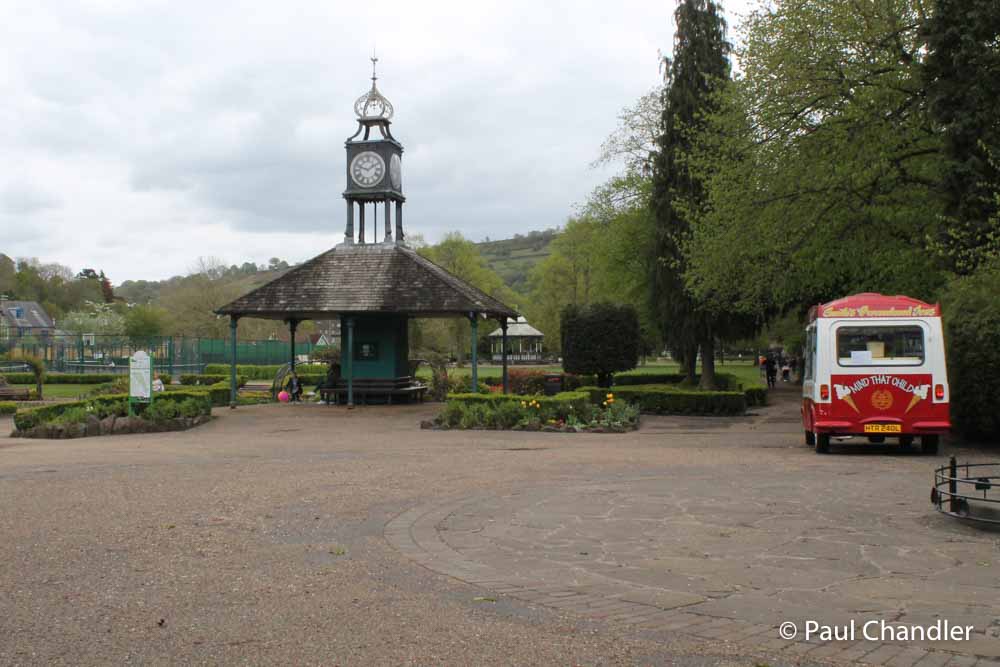 We returned by the Derwent Valley Way.

Our thanks go to Paul for planning and organising this very interesting and scenic walk illustrated with old photographs.
Report written by Ted Rodgers. Photographs courtesy of Paul Chandler.