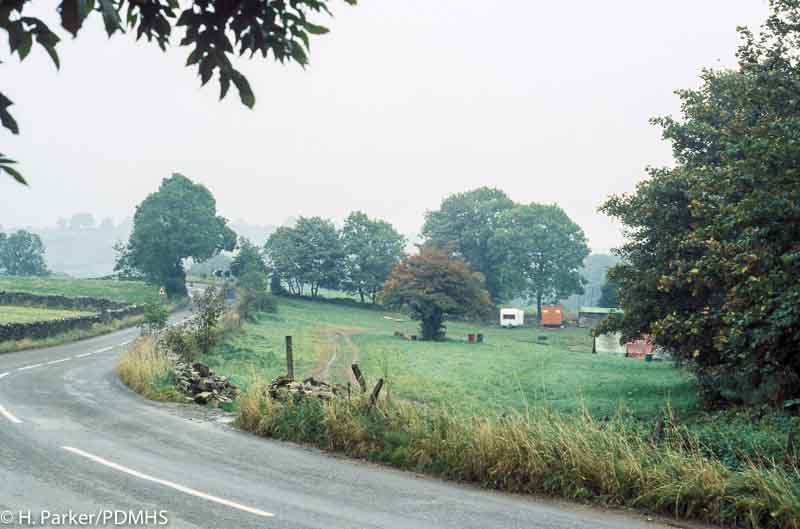 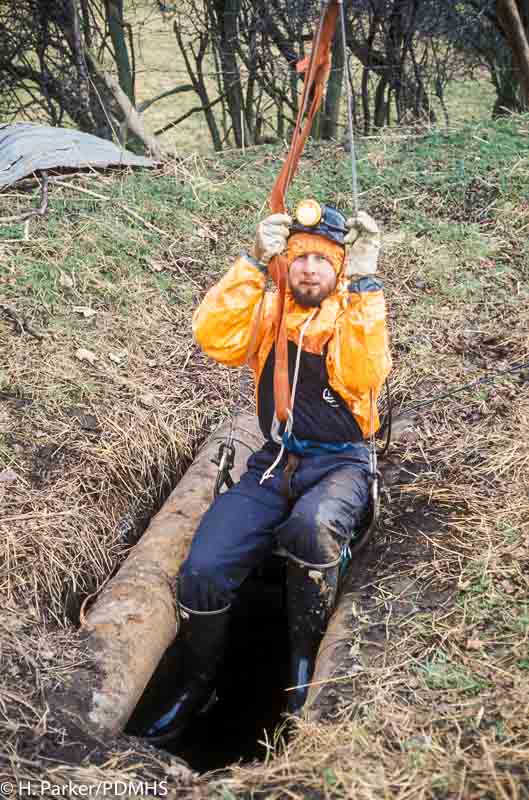 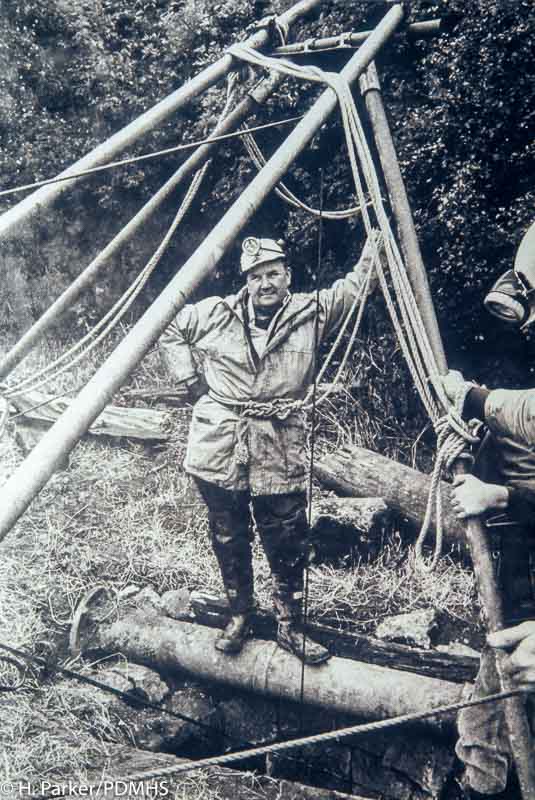 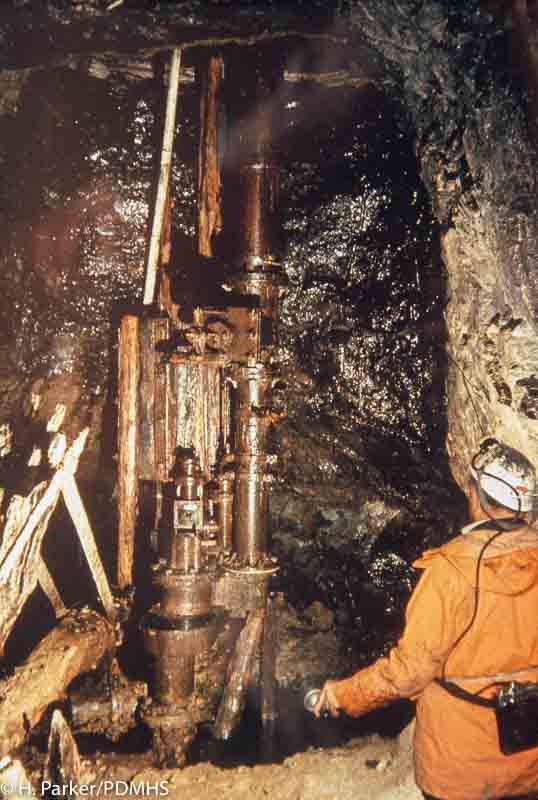 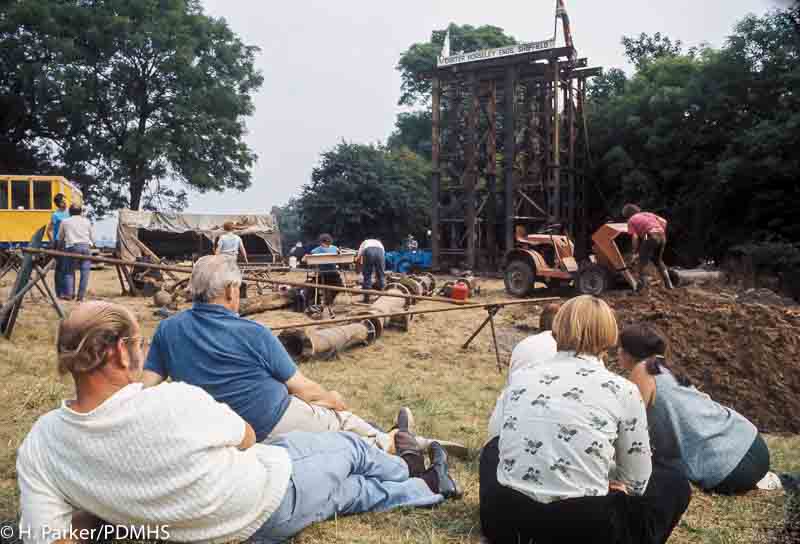 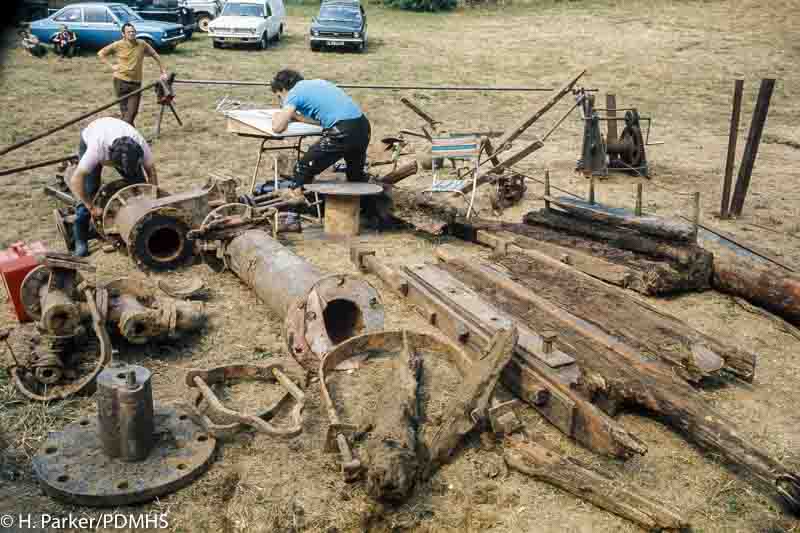 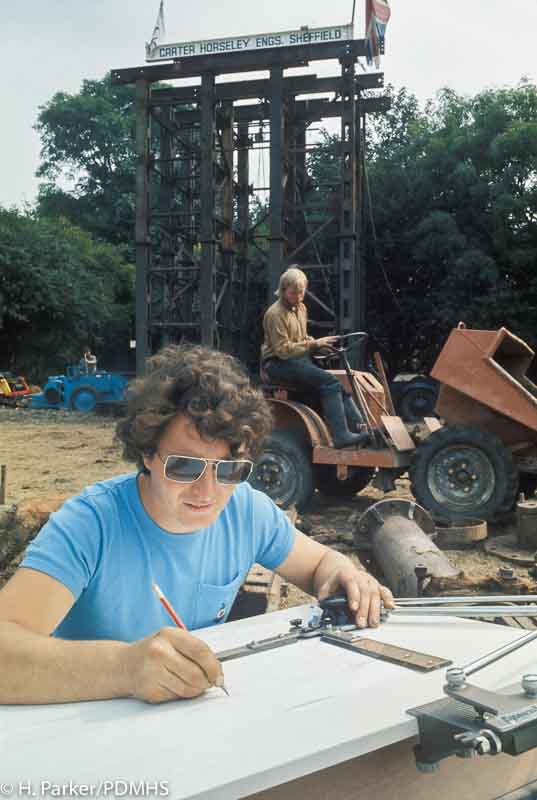 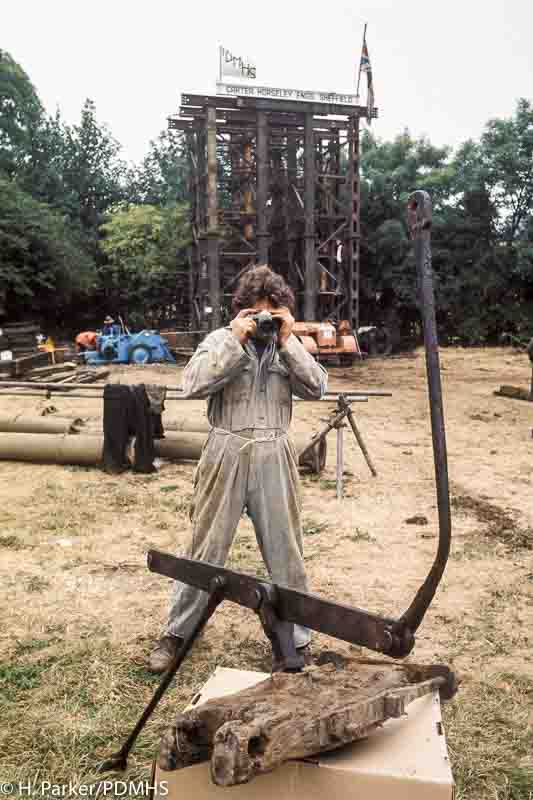 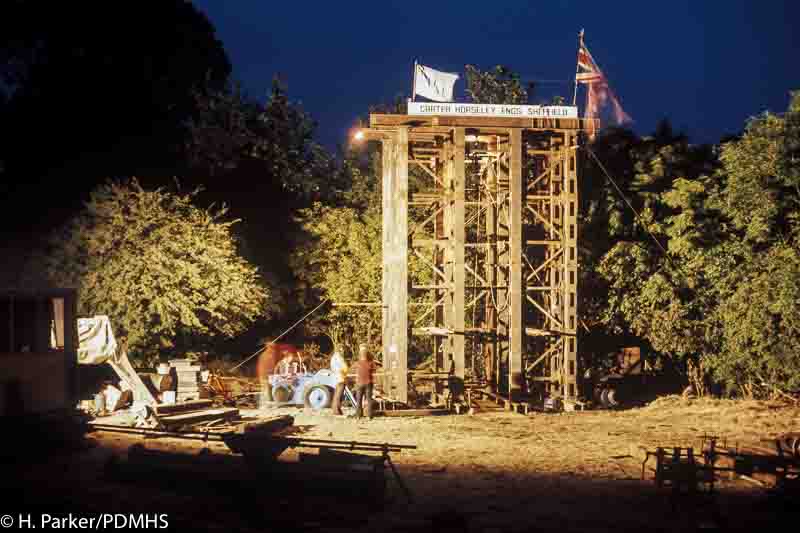 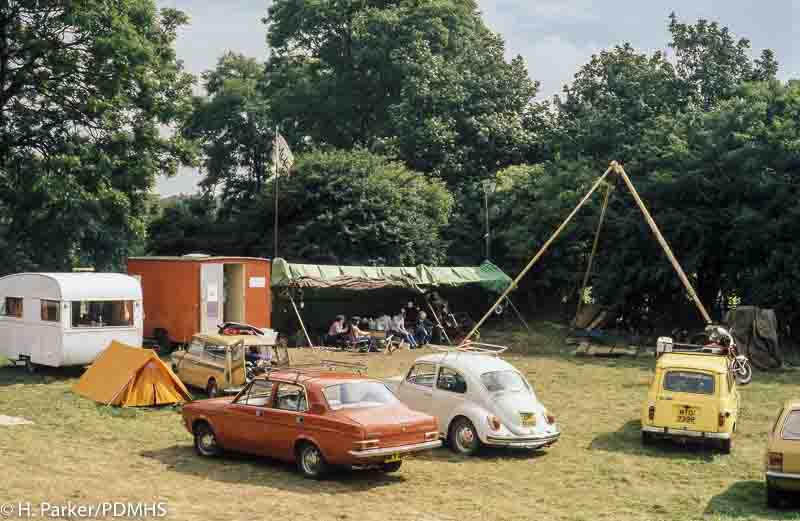 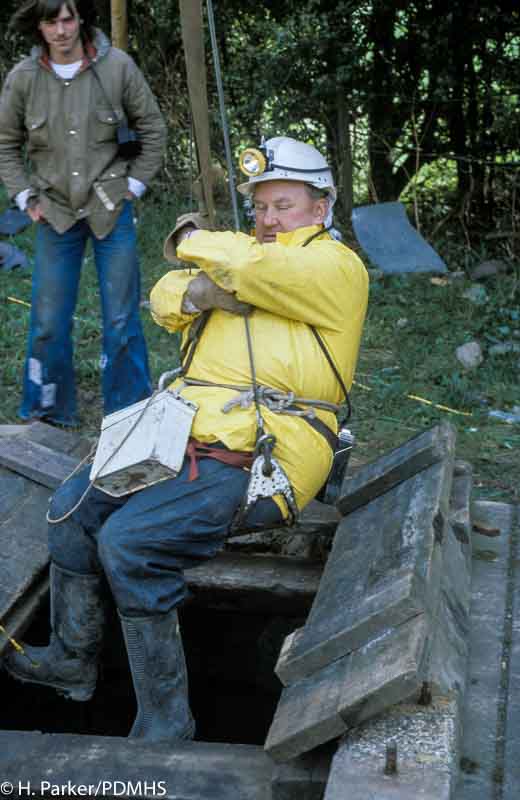 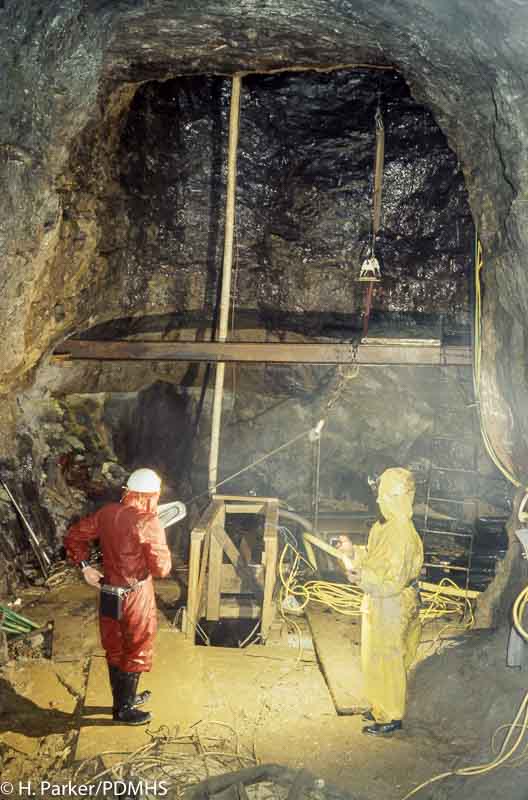 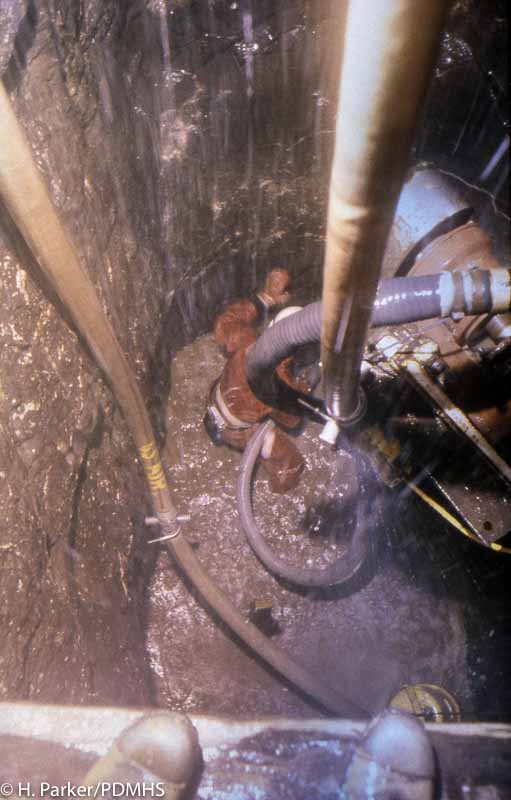 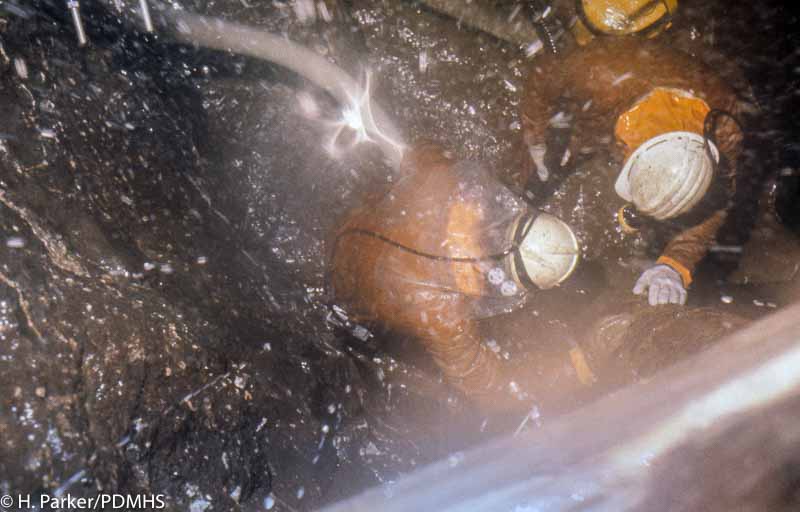 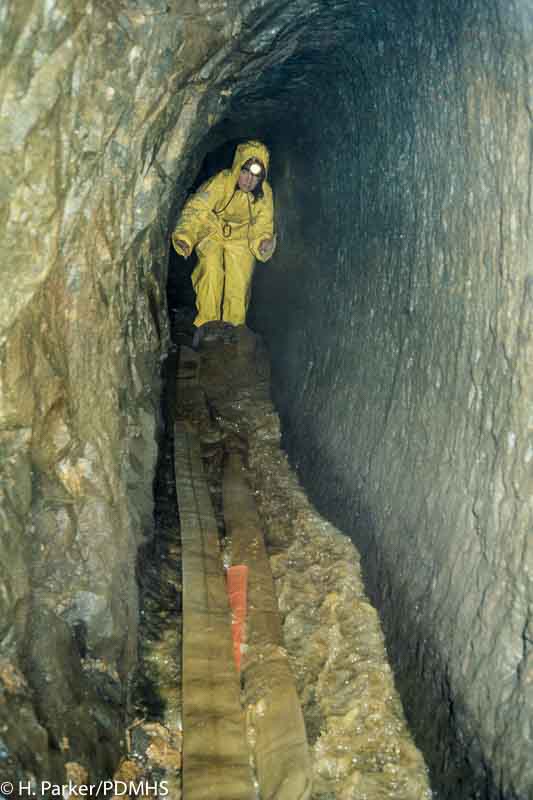 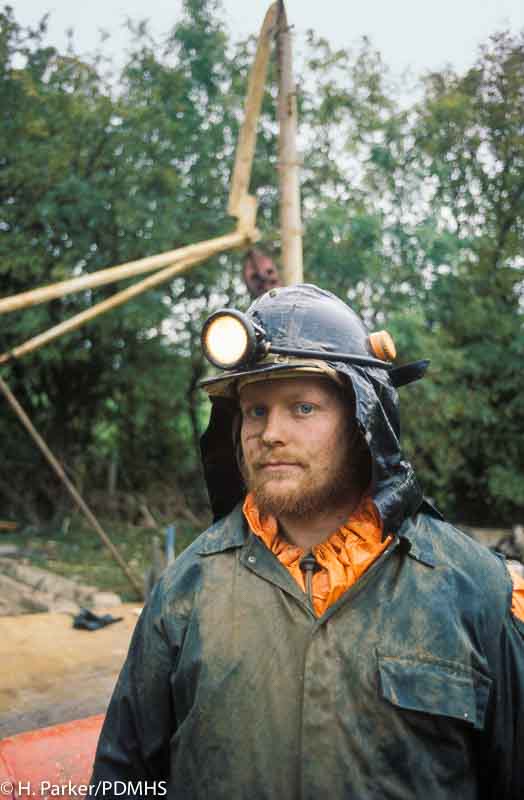 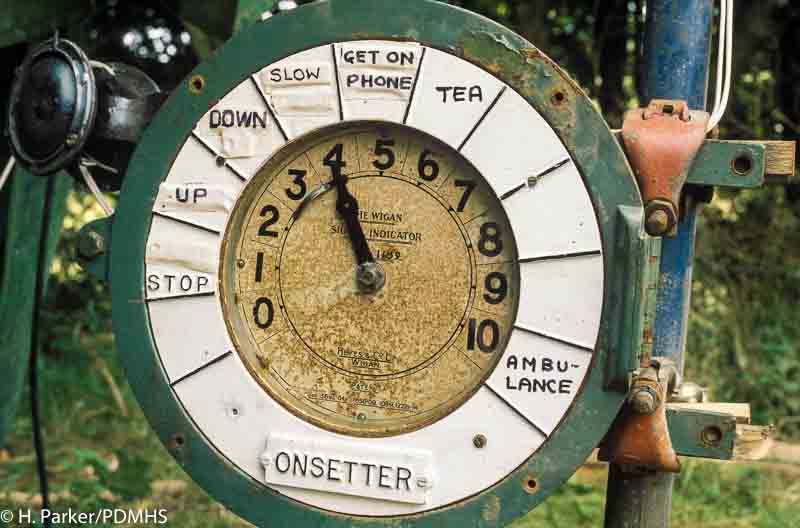 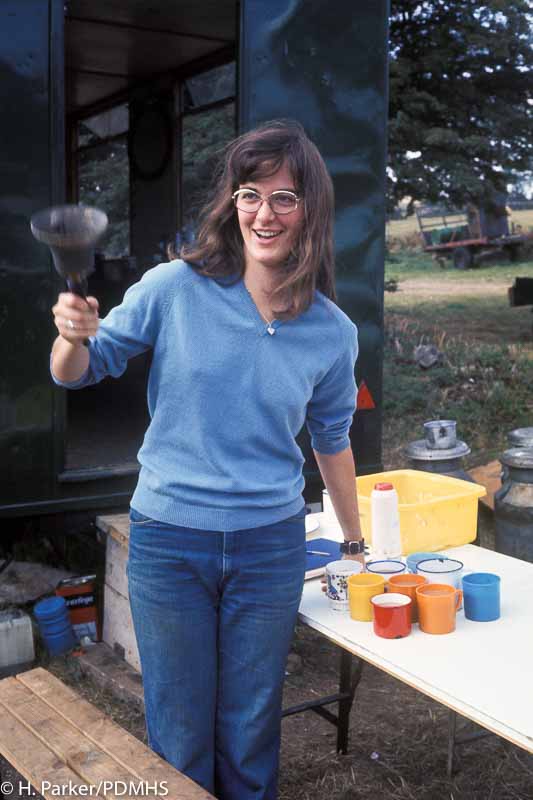 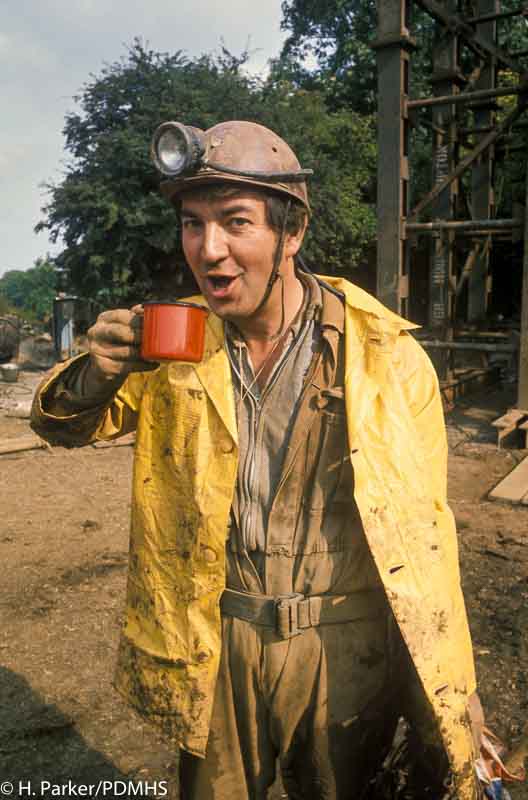 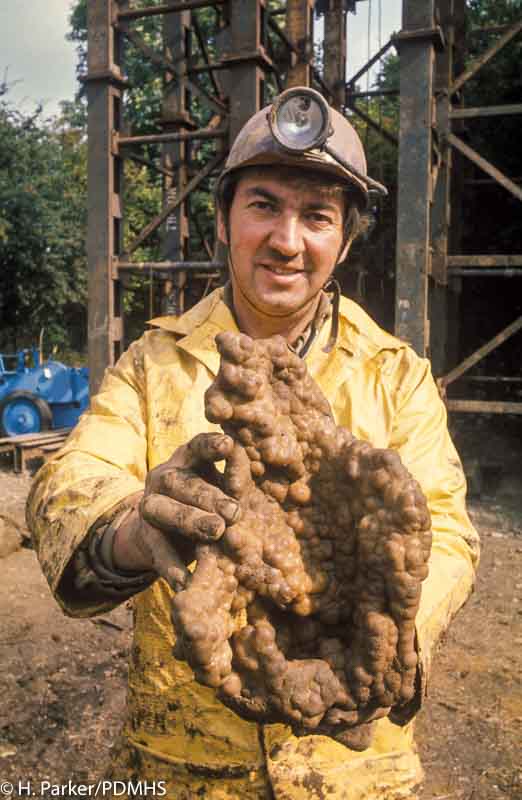 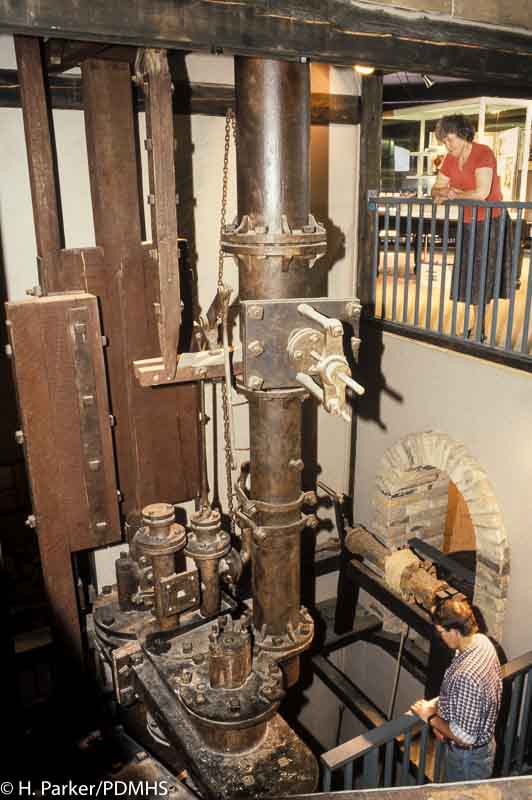 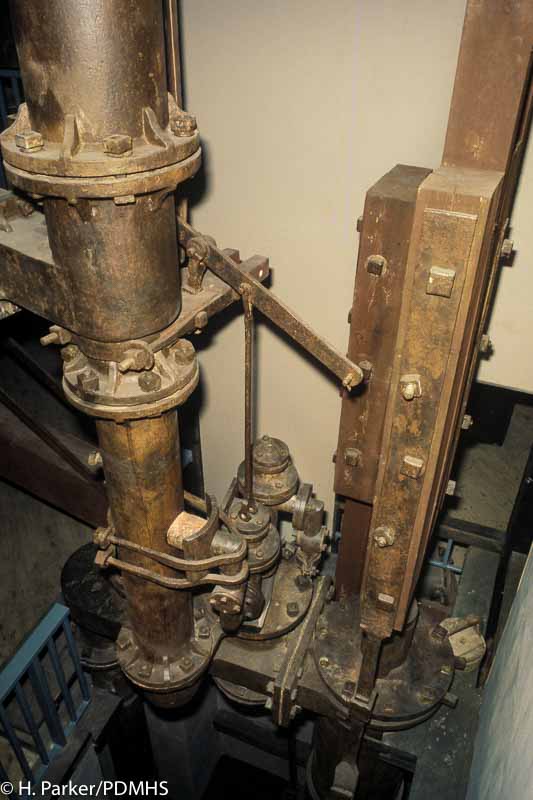 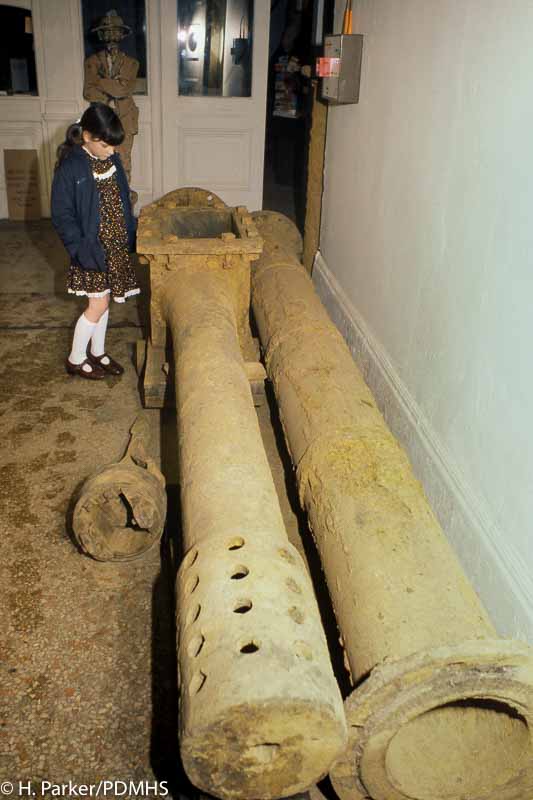 [Show thumbnails]
Preparations to lift the engine began in spring 1976, and work began in the summer. By the end of sixteen days of day and night working, the whole engine had been raised to the surface. Two years later, the Society returned to recover the pumps that were originally under the engine – a much bigger job. The lift of pumps was found 120ft below the engine chamber, sitting in its wooden cistern on a platform into which the second (lower) pump discharged.